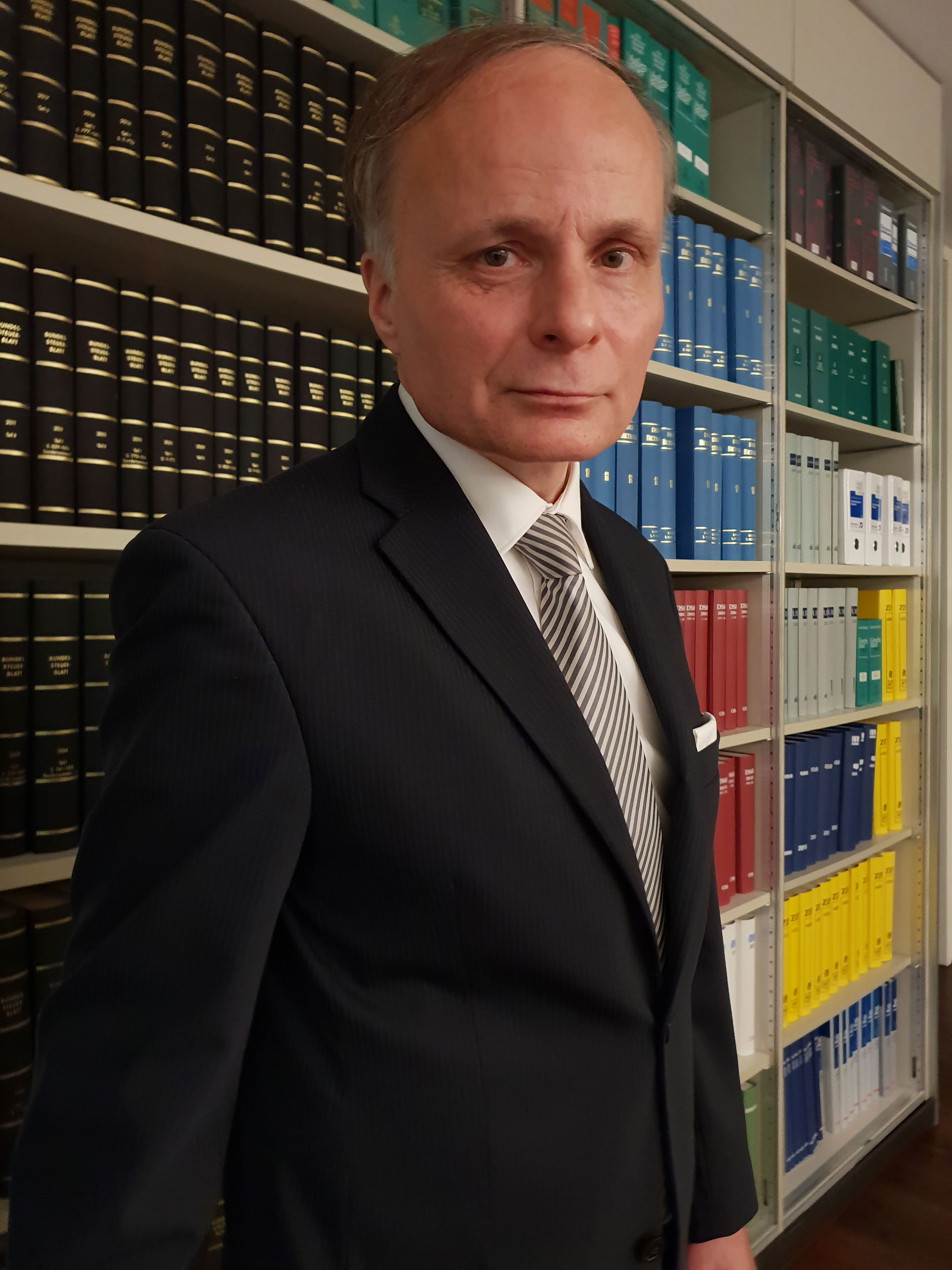 Ralf Martin Spielhofen is the founding and senior partner (CEO) of  RECHTSANWALTSKANZLEI SPIELHOFEN. He is a lawyer and commercial law specialist.

Ralf Spielhofen is primarily active in advising foreign companies, especially from Central Eastern Europe, on all questions of corporate law. He focuses on issues of cross-border trade, including the posting of employees to Germany, construction law aspects, corporate law issues, along with the subjects of contract, commercial and distribution law, and cross-border passenger transport. He represents well-known companies in European steel, power plant, and plant construction, building construction, as well as in the international meat processing, chemical, textile and fashion, defence, and transport industries. The fashion companies he represents are among the largest in Europe. Many bus companies operating throughout Europe also trust his advice. His main focus areas also include criminal law defence with respect to the imposition of fines in the investigations of the central customs offices, employment agencies and district governments.

Ralf Spielhofen is a regular speaker on commercial law topics, such as the international deployment of employees and start-ups, in lectures to executives from politics and business at home and abroad. For example, at events organised by the association of polish contractors, but also at his own seminars for the German plant management industry and for the German, Hungarian, Romanian and Bulgarian meat processing industry. Ralf Spielhofen appears as a party representative before arbitration courts in various countries, and from 2019 has been an arbitrator at the arbitration court of the German-Polish Chamber of Commerce and Industry (AHK Poland). He maintains contacts with well-known economic and business associations in Europe as well as with domestic and foreign governmental organisations.

Ralf Spielhofen is co-author of the 2018/2019 publication “Marktleitfaden Deutschland/Market Guide to Germany” (“Niemcy – Przewodnik po rynku”) by the Republic of Poland Ministry of Development Subordinate Polish Investment and Trade Agency (PAIH), where he mainly deals with the legal foundations of entrepreneurial activity in Germany.

We may request cookies to be set on your device. We use cookies to let us know when you visit our websites, how you interact with us, to enrich your user experience, and to customize your relationship with our website.

Click on the different category headings to find out more. You can also change some of your preferences. Note that blocking some types of cookies may impact your experience on our websites and the services we are able to offer.

These cookies are strictly necessary to provide you with services available through our website and to use some of its features.

Because these cookies are strictly necessary to deliver the website, refusing them will have impact how our site functions. You always can block or delete cookies by changing your browser settings and force blocking all cookies on this website. But this will always prompt you to accept/refuse cookies when revisiting our site.

We fully respect if you want to refuse cookies but to avoid asking you again and again kindly allow us to store a cookie for that. You are free to opt out any time or opt in for other cookies to get a better experience. If you refuse cookies we will remove all set cookies in our domain.

We provide you with a list of stored cookies on your computer in our domain so you can check what we stored. Due to security reasons we are not able to show or modify cookies from other domains. You can check these in your browser security settings.

We also use different external services like Google Webfonts, Google Maps, and external Video providers. Since these providers may collect personal data like your IP address we allow you to block them here. Please be aware that this might heavily reduce the functionality and appearance of our site. Changes will take effect once you reload the page.